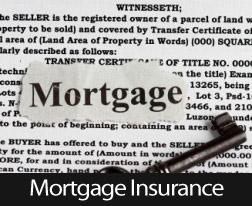 Many of the economic and housing reports typically scheduled were delayed by the federal government shutdown.

The National Association of Homebuilders Wells Fargo Housing Market Index for October was released Wednesday with a reading of 55, lower than the projected 58 and previous month’s revised reading of 57. The original reading for September was 58, which was the highest measure of builder confidence since 2005.

NAHB cited concerns over mortgage rates and the federal government shutdown and its consequences as reasons for homebuilder confidence slipping.

While the NAHB HMI reading was lower than last month, it remains in positive territory as any reading over 50 indicates that more home builders are confident about housing market conditions than those who are not.

Pent-up demand for homes is fueling home builder confidence, which grew by 34 percent over the past year and exceeded the rate of home construction growth.

The Census Bureau was unable to release data on housing starts for September. NAHB released a report estimating September housing starts would be approximately 900,000 units on a seasonally-adjusted annual basis.

Real estate and home construction were improved, although several Fed districts reported concerns over rising mortgage rates.  The Beige Book report was based on data gathered October 7, one week after the government shutdown began.

Freddie Mac reported increases in average mortgage rates; the rate for a 30-year fixed rate mortgage was 4.28 percent with discount points unchanged at 0.70 percent.This was five basis points higher than the previous week.

Some federal agencies have given dates for releasing data delayed by the shutdown. These included Nonfarm Payrolls and the Unemployment rate for September, which are set for release October 22. The Consumer Price Index and Core CPI for September are scheduled for October 30.